Save the Date: Oral Arguments to be heard on January 5th at Reno Federal Building

(RENO, NV) – In Spring of 2021, the Reno-Sparks Indian Colony became aware of a major open-pit lithium mine planned for Thacker Pass, located in what is now Northern Nevada and is traditional and un-ceded territory of the Northern Paiute and Western Shoshone people.

The planned Thacker Pass lithium mine was permitted without any consultation with native tribes. In fact, most regional tribes – including us – were not even aware of the planned mine until after the Final Environmental Impact Statement was released and the Record of Decision was signed on January 15th, 2021. 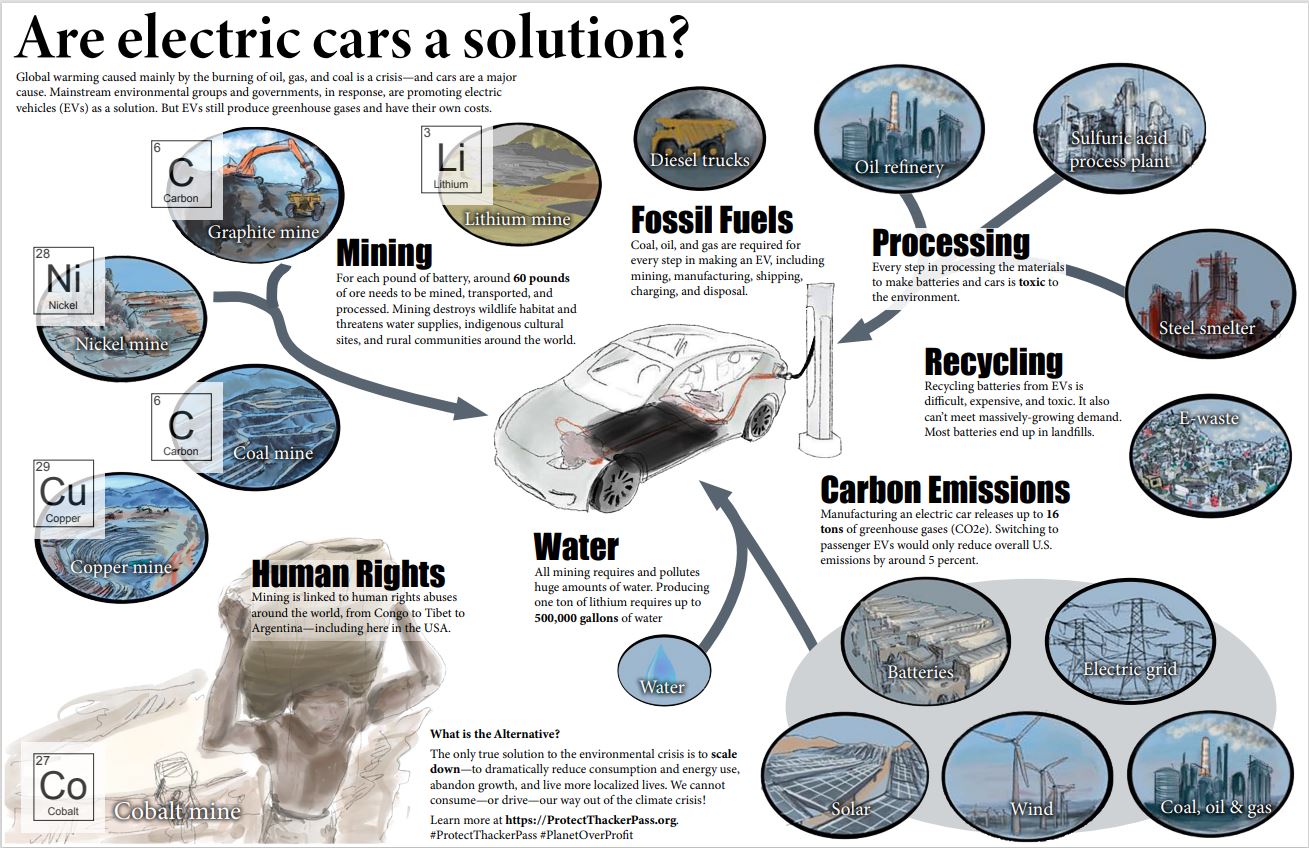 That is because of “fast-tracked” permitting process which directed the Bureau of Land Management to issue a permit for this project in less than a year, during the height of the COVID pandemic when reservations across Nevada were in a state of lockdown. In light of the public health emergency, both the Advisory Council on Historic Preservation and Nevada’s congressional delegation asked the BLM to pause consultation and public commenting during the pandemic, but BLM did not do so.

Why is Thacker Pass (Peehee Mu’huh) Important?
Thacker Pass, known as Peehee Mu’huh in our Paiute language, is a culturally, spiritually, and historically important place that is a monument to our past and present culture.

There are thousands of documented artifacts and cultural sites in Thacker Pass. Our ancestors used this pass as a travel route, obsidian collection area, and campsite for thousands of years. Paiute and Shoshone people have hunted deer and other wildlife, fished for Lahontan cutthroat trout, gathered food and medicinal plants, and practiced our spiritual ways here since time immemorial, and we continue to do so to the present day. Sacred places like Peehee Mu’huh are our history and future. Our ancestors are buried in Thacker Pass and our young people visit this land to learn about the history of our people.

Thacker Pass is the site of two documented massacres — one well-documented in written history, and the other known from our oral tradition.

The former took place in the context of the Snake War, known as “The Deadliest Indian War in the West,” a war of genocide in which 60% of all Paiute people were killed. On September 12, 1865, Company E of the 1st Nevada Cavalry attacked a Paiute camp in Thacker Pass and slaughtered at least 31 and possibly 50 or more men, women, children, and elders as they fled deeper into the pass.

The second massacre, which gave this area its Paiute name of Peehee Mu’huh (“Rotten Moon”) was an inter-tribal conflict with a tribe from the west.

The Lawsuit
After learning about the planned mine and consulting with elders, cultural resource experts, and community members from our own tribe and others, the Reno-Sparks Tribal Council decided to file a lawsuit against the Federal Government for illegally permitting the Thacker Pass lithium mine and to protect a sacred and culturally significant site of our people.

The lawsuit, filed on July 20th, 2021, alleges that the Federal Government and Bureau of Land Management failed to properly consult with tribes before permitting the mine in violation of the National Historic Preservation Act.

After uncovering additional breaches of the law as a result of documents exposed in the lawsuit, our attorneys filed a Motion to Amend our lawsuit in November of 2021, but were blocked from doing so on the grounds that the case would soon be decided. However, over a year later, the case remains open.

Who Else is Opposing the Mine?
We have been joined in our lawsuit by the Burns Paiute Tribe. The Winnemucca Indian Colony attempted to join our lawsuit with a Motion to Intervene filed on February 11th, 2022, but was blocked by the judge on grounds that the case was too close to completion (nearly a year later, the case remains open).

Additional lawsuits have been filed by Ed Bartell, a local Orovada rancher who alleges the proposed mine violates the Endangered Species Act by harming Lahontan Cutthroat Trout, and would cause irreparable harm to springs, wet meadows, and water tables (Case No. 3:21-cv-00080-MMD-CLB) and by four environmental organizations: Basin and Range Watch, Great Basin Resource Watch, Wildlands Defense, and Western Watersheds Project (Case No. 3:21-cv-00103-MMD-CLB), who allege that BLM violated the National Environmental Policy Act, Federal Land Policy Management Act, and other laws.

A community group composed mostly of members from the Fort McDermitt Paiute-Shoshone Tribe, the People of Red Mountain (Atsa Koodakuh wyh Nuwu), has been involved in the fight since March of 2021.

Since this fight began, thousands of people have visited Thacker Pass to enjoy the beauty of the land, pay respects to the fallen, and contribute to the movement. Indigenous nations facing mining impacts in their territory such as the San Carlos Apache of Arizona and the Hualapai Tribe of Arizona have visited. In October 2022, the Reno-Sparks Indian Colony hosted the biannual Western Mining Action Network Conference and people from as far away as South Africa, Nunavut, Oklahoma, and beyond visited Thacker Pass and expressed their solidarity.

And on January 5th, 2023 oral arguments will be heard at the Bruce R. Thompson Courthouse and Federal Building in the Thacker Pass Litigation Case in the U.S. District Court, District of Nevada. Let’s demonstrate our solidarity to protect PeeHee Mu’Huh / Thacker Pass. Be on the look out for more event info.

YOU CAN’T MINE YOUR WAY OUT OF CLIMATE JUSTICE!